Beauty, disease and decay in Venice

In many novels, Venice is the context of the story. Venice is almost always determinating the atmosphere of the story. Another city would produce another story. What is so special about Venice? How does Venice influences these stories?

In this five days course we discuss a number of Venetian novels and combine it with visits to places depicted in the novels. Sometimes these novels have also become films and we will discuss these films also. Some examples of novels we discuss are: 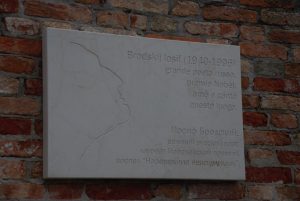 We will visit the cemetery of San Michele, the Lido and Torcello, where Hemingway wrote parts of his novel Across the river and under the trees.

The course is given on the Venice International University on the island of San Servolo, where we will teach, eat and sleep. The teachers are Arko Oderwald and Sofie Vandamme.

This course is only on demand. It is possible to organize the course for a group of minimum 10 and maximum of 25 people. This can be done in a way that you have influence on the moment, the content and the length of the course. In English (or German) is also possible! If you are interested please contact Arko Oderwald using the contact form or e-mail (see under contact)

Disease and madness in Vienna